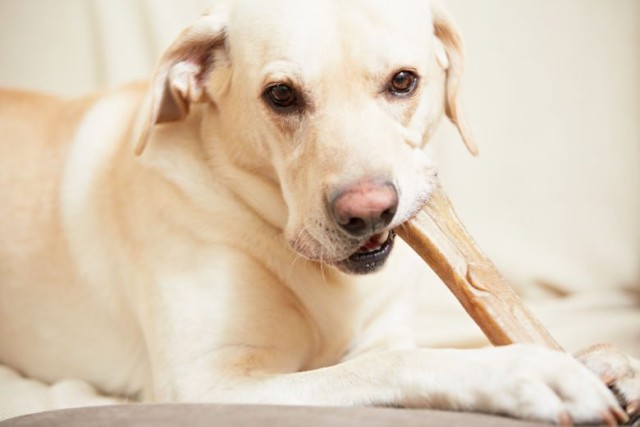 Burying bones is simply a natural survival instinct that dogs developed to fend off starvation.

Burying bones is one of the canine more peculiar behaviors. To understand why they are doing that, we need to look back into their history. This behavior dogs probably get from their ancestors. As predators and scavengers, dogs didn’t know when or where they could find their next meal; if they had leftover bones, they buried them and saved them for later.

Dogs used to bury bones and some other food as a form of survival. They were in pack and hunt for their food. When they caught some animal, they didn’t want to losing it. Because of that they buried it, and later they would come back to eat.

They basically created a refrigerator for their food. Other creatures couldn’t find it, the food was kept fresher longer. Even today, canines in the wild will kill a small animal, feed on until only the bones remain, then bury the bones to hide them from other animals.

In the present times dogs continue to bury bones and food: Old habits never die and this instinct still rises to the surface in modern day canines. Only difference between domesticated and wild canines is that domesticated dogs don’t generally retrieve items they’ve hidden or buried, since they are consistently fed and don’t need to return for the hidden item.

If your dog become obsessed with this behavior to the point that you can’t interrupt him or he does it for long periods of time, then you may need to consult your veterinarian. There could be an obsessive-compulsive component to burying.