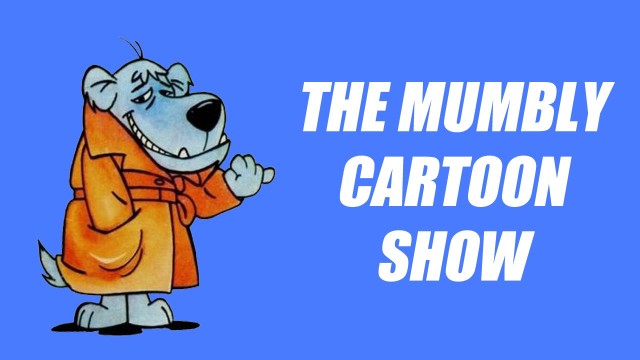 Mumbly is a cartoon dog character famous for his wheezy laugh.

The Mumbly Cartoon Show is a Saturday morning animated series produced by Hanna-Barbera Productions and featuring the titular Mumbly, a cartoon dog.

Mumbly bears a strong resemblance to Muttley from the animated series Wacky Races and Dastardly and Muttley in Their Flying Machines.

Like Muttley, Mumbly does not really talk; he mumbles and grumbles unintelligibly, and often uses his trademark snicker.

Mumbly may have been inspired by Peter Falk’s TV character Columbo, as the two share a similar sartorial style and speech patterns.

In addition, both are police lieutenants, wear trench coats, and drive old broke down cars.