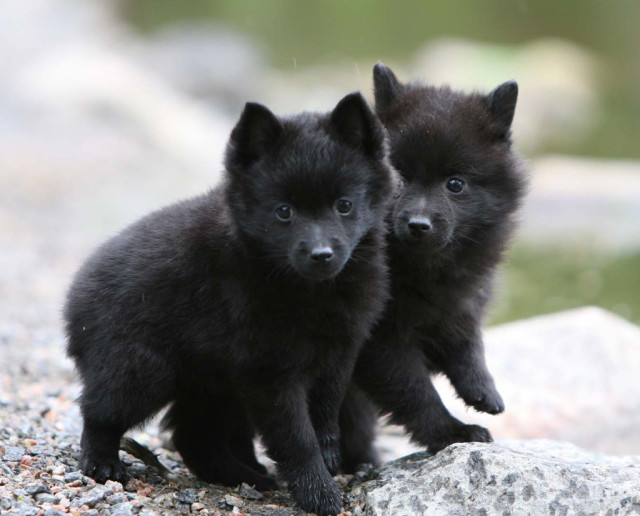 A Schipperke is a small Belgian breed of dog that originated in the early 16th century; This little barge captain’s exact origins are unknown, although it has been in existence for many centuries

The Schipperke may be small, but it retains the personality of a street fighter; This package of energy once worked for its living on Flanders and Brabant canal barges, keeping them free from vermin and warning the bargemen of potential intruders.

The Schipperke became a favourite choice to guard canal barges in Belgium; The breed was used for herding livestock, hunting game or simply guarding his domain. The Schipperke was used on land, acting as an efficient rat, rabbit and mole hunter.

In World War II, the Belgian Resistance used this dogs to run messages between various resistance hideouts and cells, to which occupying Nazi Forces were none the wiser. Resilient and conveniently sized, it makes an ideal household companion.

Active owner because these dogs are very active; they are good for apartment life;

They need to be taken on a daily, long walk or jog; they also enjoy play and getting a chance to run; this breed is very active indoors and will get a lot of its exercise running around your house; these dogs are incredibly quick and it is a good idea to have a fenced yard; Comb and brush regularly with a firm bristle brush; dry shampoo when necessary.