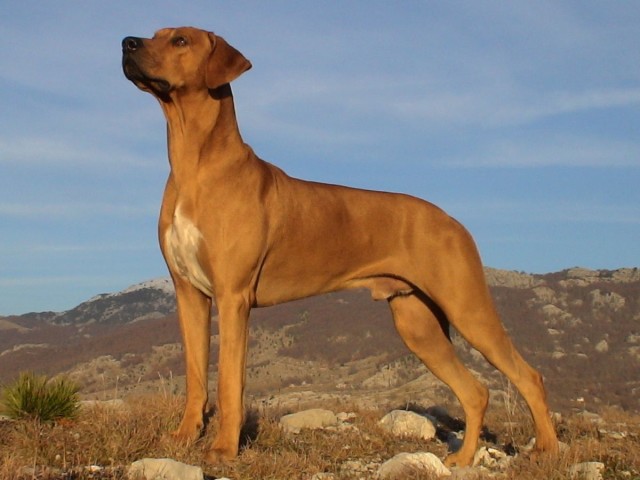 The Rhodesian Ridgeback was developed in South Africa in 1800's; The breed is the result of crossing between European hunting dogs and a native dog who had a ridge of hair growing down its back.

European settlers bred their Dutch and German mastiffs and scent hounds with the indigenous ridgebacks to produce today’s breed. They developed the breed to hunt in the African wild and guard the farm and family.

The standard for this dog was created at a meeting of breeders in Bulawayo, Zimbabwe in 1922, when the best attributes of five existing dogs were combined.

South African hunters took the breed north, to „lion country“, in what was then Rhodesia. Originally bred to hunt lions, earning its earlier name of African Lion Hound – the Rhodesian Ridgeback is still a formidable hunter and competitor.

The Rhodesian Ridgeback was never used to attack lions, but acted as a true hound, trailing big game and than barking to attract the hunter’s attention.

Today this loyal and affectionate dog serve as guards and companions.