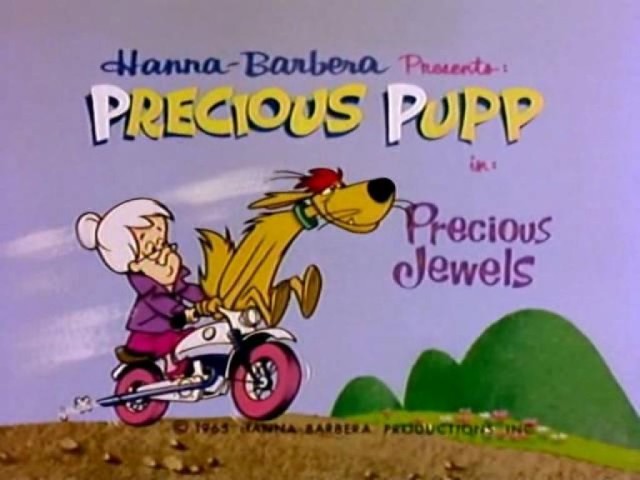 Precious Pupp is an animated television series produced by Hanna-Barbera Productions which aired as a segment on The Atom Ant/Secret Squirrel Show from October 2, 1965 to September 7, 1967.

Granny was a kindly woman with a passion for motorcycles, completely oblivious to the fact that her beloved, affectionate pet was something of a neighborhood terror.

He had a habit of slipping behind a victim quietly – sometimes in defense of their home, sometimes just for the fun of it – and jolting him with a ferocious series of barks . . . but never where or when Granny could catch him in the act.