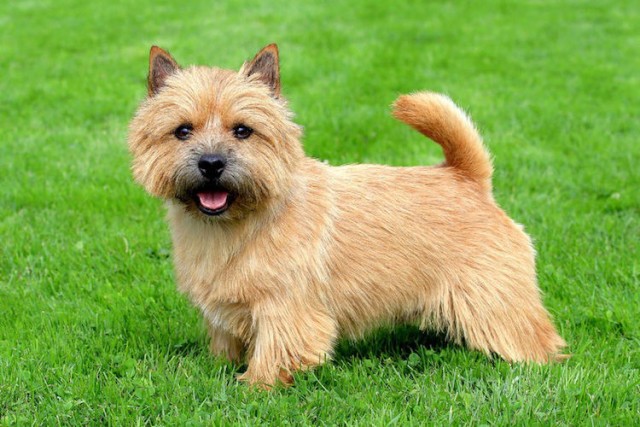 Developed in England, the Norwich Terrier and Norfolk Terrier were once believed to be separate varieties of the same breed; eventually, the two were separated into distinct breeds, with the pick-eared dog as the Norwich.

Among the smallest of terriers, the Norwich Terrier has existed in eastern England for over 100 years; In the late 1800’s, students at Cambridge University used it as their mascot, but it was not exhibited as a distinct breed until 1935.

The Norwich Terrier was an eager worker and a formidable force in ratting and fox hunting; The Norwich is typically bossy terrier, which firmly believes in its own importance. It is an ideal family companion, and gets on well with older children; It is less difficult to obedience train than most terriers, and is willing to engage in rigorous exercise.

The Norwich is free from most serious inherited medical conditions. Today, the breed excels in the show ring but has experienced limited popularity as a pet.

High, but can vary with owner.