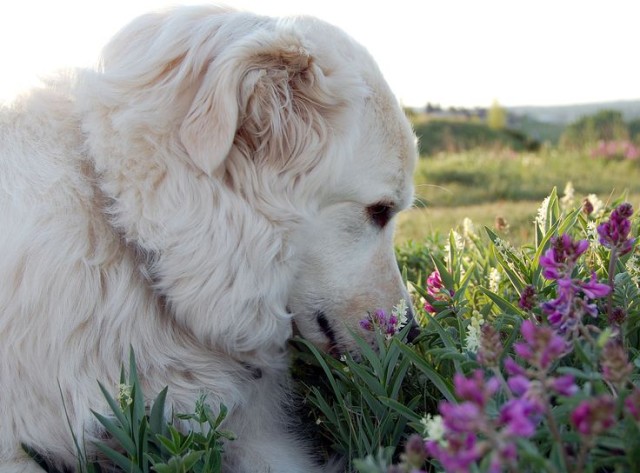 This is a classic European flock-guarding dog, probably a close descendant of the great, white Eastern sheepdogs that slowly spread across Europe over 1000 years ago.

The ancestors of the Maremma Sheepdog evolved to become smaller than their fellow herd guardians, while retaining the independence and aloofness of their heritage. Although it is now seen regularly in Great Britain, this breed is still rare in other countries outside Italy.

It is strong willed and not easy to obedience train, but superb guard.

Color:
It should be solid white; some minor yellowing may be tolerated.

Best owners:
Active owner in a rural or suburban home.

More facts:
The Maremmano dog is a guardian for the protection of sheep flocks against wolves. The dogs work in groups; three or four dogs are an adequate defense against wolves and stray dogs. Their function is mostly one of dissuasion, actual physical combat with the predator being relatively rare. Nevertheless, working dogs may be fitted with a wolf collar (roccale or vreccale), a spiked iron collar which protects the neck in combat. The ears of working dogs are normally cropped.

National park authorities in Italy, the United States and Canada have promoted use of the Maremma Sheepdog as well as other types of livestock guarding dogs to minimize conflict between endangered predator species and ranchers.