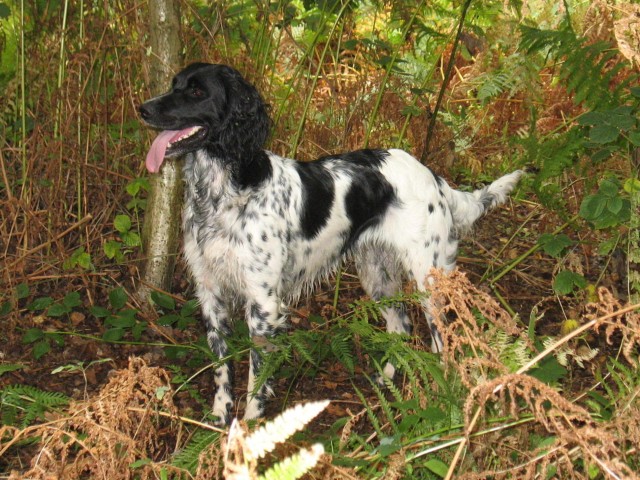 The Large Munsterlander is a breed of gun dog originally from the Munster region in Germany.

The Large Munsterlander’s survival was based more upon negatives than positives.

As the Long-haired Pointer declined, a breed club was formed to save that breed, adopting as its standards only liver and white specimens.

However, hunters in the Munster region of Germany, interested in both form and function, continued to breed from black and white dogs that appeared in litters.

In 1919 its breed club was formed and like its smaller relative, the Small Munsterlander, it is becoming increasingly popular outside Germany.

The Large Munsterlander thrives on companionship.

Color:
The coat is black and white with hair of medium length. Due to the nature of the piebald gene, the amount of black in an individual’s coat pattern is highly variable, ranging from predominantly white to predominantly black.

Previous PostDo dogs have sense of time?
Next PostCesky Fousek