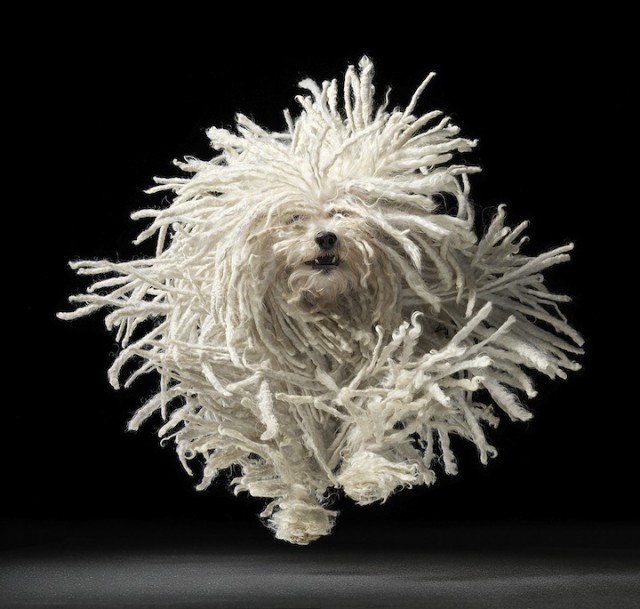 It is thought that Komondor, the largest of the Hungarian herdsmen's dogs, accompanied the Magyar tribe from the east when it settled in Hungary over 1000 years ago.

The Komondor’s corded coat historically provided protection from both the elements and from wolves, as the breed guarded sheep and cattle in Hungary over the centuries. Its strong guarding ability is used today to protect sheep in North America from coyote predation. The dog is raised from puppyhood with its flock of sheep and is shorn when the sheep are shorn. It makes an amenable companion, although its coat requires constant attention to prevent the cords from becoming matted.

It is thought that Komondor, the largest of the Hungarian herdsmen’s dogs, accompanied the Magyar tribe from the east when it settled in Hungary over 1000 years ago. Although first mentioned by name in 1544, it was not until around 1910 that the Komondor was firmly established as a modern breed.

The Komondor is a breed that has worked for centuries guarding livestock in Hungary. The breed’s unusual coat allows it to blend in with sheep and also serves as armor against the jaws of predators. Although uncommon everywhere but in Hungary, Komondor was brought to the U.S. in 1933 and have been effectively used in the to guard livestock and fend off coyotes and bobcats. As pets, Komondors require extra consideration for their corded coat and independent nature.

Temperament: Komondor is a natural protector; vigilant, courageous, and faithful. Calm; reserved with strangers, may be overprotective of children.

Best owner of Komondor: Active owner with time for exercise and consistent training.

Previous PostAnatolian Shepherd Dog
Next PostCan I give my dog poke?