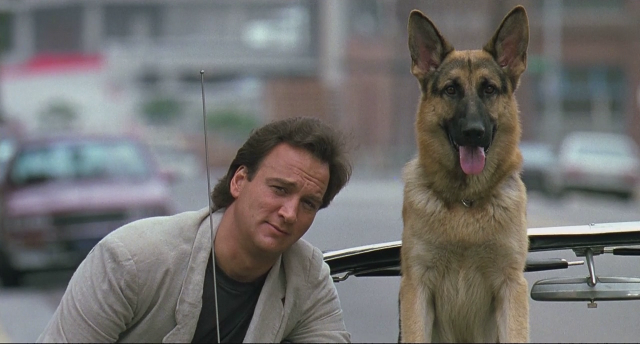 To help, K-9 Sergeant Brannigan gives Dooley an unorthodox drug-sniffing police dog called “Jerry Lee” (named after rock-and-roll singer Jerry Lee Lewis). The duo attempt to put Lyman behind bars but Dooley quickly learns Jerry Lee is a mischievous smart aleck who works only when and how he wants to.

Many of the movie’s gags revolve around Jerry Lee’s playfully destructive episodes.