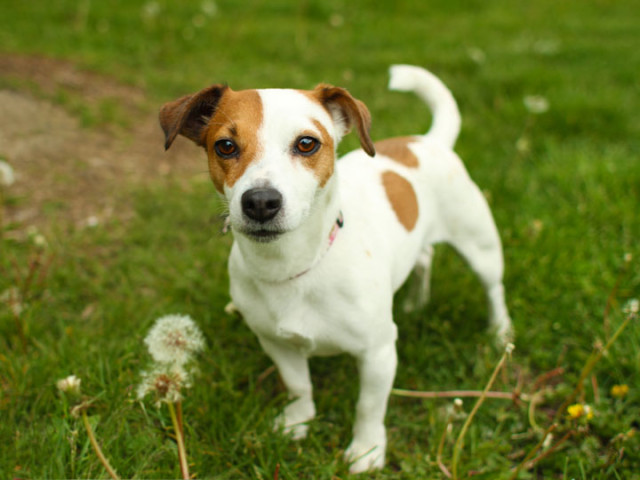 The feisty, exuberant, crowd-pleasing Jack Russell is a hyperactive bundle of muscles. This popular town or country dog can be snappy and aggressive with anything that moves (including people), but is fun loving and, in most instances, overwhelmingly affectionate both with its family and strangers.

Jack Russell Terriers are first and foremost a working terrier. Originally bred to bolt fox from their dens during hunts, they are used on numerous ground-dwelling quarry such as groundhog, badger and red and grey fox. Extremely intelligent, athletic, fearless, and vocal dogs. It is not uncommon for these dogs to become moody or destructive if not properly stimulated and exercised, as they have a tendency to bore easily and will often create their own fun when left alone to entertain themselves.

Due to their working nature, Jack Russell terriers remain much as they were some 200 years ago.

Almost identical to the Parson Jack Russell but for its shorter legs and its more varied appearance, this breed is extremely popular in Great Britain.

Color:
White in coloration (more than 51%) with black or tan markings, they exhibit either a smooth, rough or a combination of both which is known as a broken coat. A broken-coated dog may have longer hair on the tail or face than that which is seen on a smooth-coated dog.

Energy level:
High energy level and drive make these dogs ideally suited to a number of different dog sports such as fly ball or agility.

Best owner:
Well, these dogs are not recommended for the condominium or apartment dweller unless the owner is ready to take on the daunting task of providing the dog with the necessary amount of exercise and stimulation.

Needs:
Daily mental and physical exercise, leash, fenced yard, training. Weekly brushing for the smooth type; the broken coat also needs occasional hand stripping. They have a tremendous amount of energy for their size, a fact which can sometimes lead to trouble involving larger animals. They may seem never to tire and will still be energetic after their owner has called it a day.

Life expectancy:
Jack Russell’s can live from 13 to 16 years given proper care.