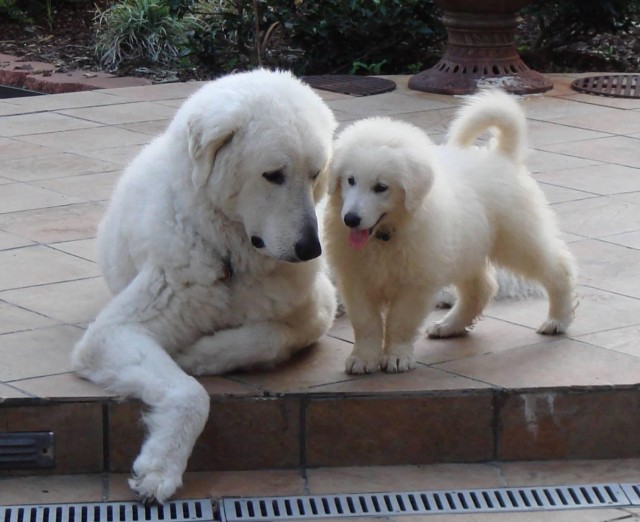 Although Hungarian history books say that in the 15th century King Matthias I used the Kuvasz to hunt wild boars, this breed is not a natural hunter.

The Kuvasz is a powerful dog that willingly defends its territory and is best in the hands of capable dog handlers.

However, it does make a loyal companion and is usually reliable with its human family.

An ancient breed, the Kuvasz can trace its origins to Hungary in the Middle Ages and Tibet and Turkey before that. Some authorities believe that this great, white guard dog arrived in Hungary in the 1100s with the Kumans.

The name probably is derived from the Turkish kawasz, meaning “armed guard of the nobility”, which it certainly is.

Although the Kuvasz declined during the two World Wars, breeders continued the breed.

It is an inveterate guard, content to say with its flock rather than to participate in a hunt.

Today the Kuvasz remains a noble addition to family and farm.

Best owner:
Confident, active owner in a rural or suburban home; may be overprotective when children are playing.