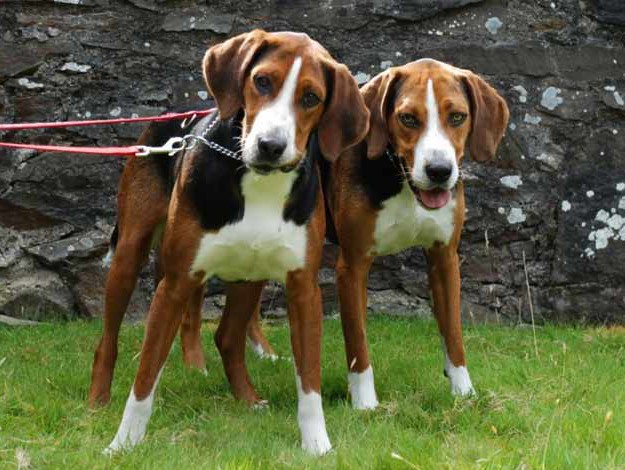 Developed in England during the Middle Ages, the Harrier was bred to hunt hare in packs.

The Harrier was developed in southwest England at least 800 years ago and probably descends from the Bloodhounds crossed with ancestors of today’s Beagle. Its name derives from the Norman French word harrier, which means hunting dog.

Historical records reveal that a pack of British Harriers, the Penistone pack, existed as early as 1260 in southwest England and that the Harrier was also a popular pack hound in Wales.

By the 1900s, however, the breed was also was near extinction in its country of origin.

It was revived through the introduction of foxhounds bloodlines – today’s Harrier is a successful mix of foxhound and Beagle temperaments. It is at ease with its own kind and bonds well with other dog breed.

The Harrier is also an excellent companion; slightly smaller than a foxhound, its future in Europe and North America is likely to be in the home rather than in the pack.

Today, this breed is secure in both Great Britain and United States.

Best owner:
Hunter or active owner in a rural or suburban home.