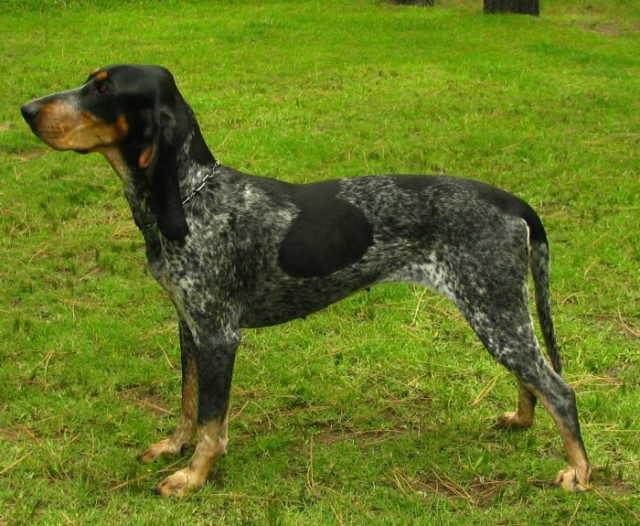 The Grand Bleu de Gascogne probably descend from dogs brought to France by Phoenician traders. It is certainly one of the oldest of hounds whose ancestry cannot be traced.

The Grand Bleu de Gascogne has developed outside of its native country. It has been bred in the United States since the 1700s.

On both sides of the Atlantic, this elegant dog is used almost solely as a scent trailing working dog. Historically the Grand Bleu de Gascogne was used to hunt deer, wolves and boar; it is considered a rather slow worker and today is used to hunt hares.

This dog is not particularly fast, but has formidable staying power.

It has a typical pack hound temperament; some of them are friendly to family and strangers equally, while some are reserve and distant; some are very affectionate while others are not good with children. In terms of character and personality, some might form a dedicated and well behaving companion household animal, others may tend difficult to keep a family environment.