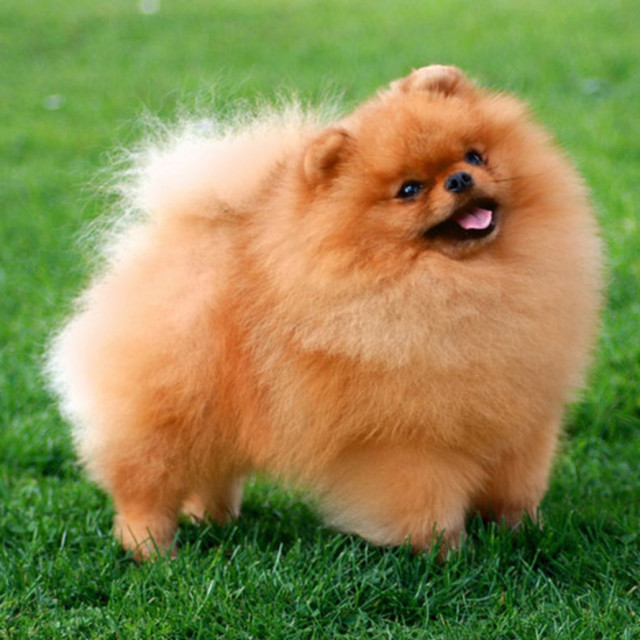 The German Spitz is probably descended from Nordic spitz- type herding dogs, such as Samoyed and Lapphund; It was arrived in Europe with Viking plunderers. German literature refers to the spitz as early as 1450.

There are three types of German Spitz, and they are similar in conformation, only differing in size and color; The German Spitz occurs in three varieties of size – giant, standard, and toy.

The giant spitz occurs in white, brown, or black; its smaller relatives occur in a wider range of coat colours. The giant and toy spitzen have always been companion dogs, while the standard spitz was once an efficient farm worker.

The breed has now reached most European countries; its popularity has declined in recent years. The Toy German Spitz was imported to England from Pomerania, Germany, over 100 years ago and get the pseudonym Pomeranian. It was a favourite of Queen Victoria and was occasionally called the Victorian Pom.

German Toy Spitzes and Pomeranians are very similar, but they are separate breeds; The German Spitz are rare and has been losing popularity even in its homeland.

Spitzen demand more attention than many other breeds; their coats require routine care to prevent them becoming matted. Unfortunately, many individuals resent grooming, and some, particularly males, resent other dogs or strangers.

Unlike many guard dogs, the German Spitz is not easy to obedience train. This refined and confident breed is elegant in the show ring and, when trained, makes an equable companion.

Happy, alert, watchful, alert, curious and very busy; they may be become nervous and snappish toward children.

Owner who is a real pack leader; It is a good companion for an elderly person.

Daily walk or jog; they will happily company their owners on a 20-mile walk or one mile daily walk; Regular brushing is needed to prevent matting.