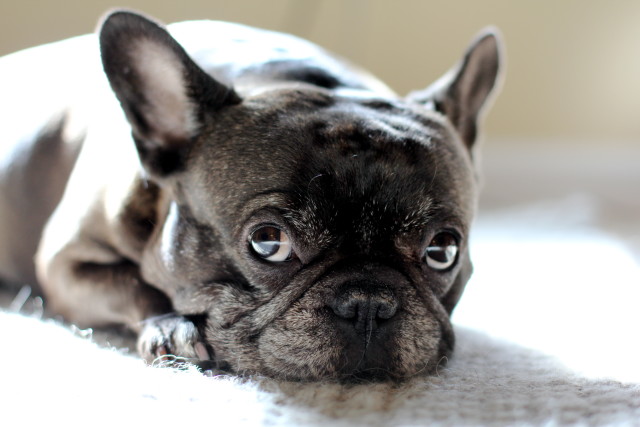 Originally bred for the utilitarian purpose of tenacious ratting, this muscular companion then become the fashion accessory of working-class Paris.

English lace makers fancied toy versions of the bulldogs, taking their dogs with them when they were displaced to France.

With their small size and “bat ears”, the little bulldogs became popular. The clownish breed continues to be prized for its affectionate nature and even disposition.

Curiously, the French Bulldog was first recognized as a distinct breed not in France or Britain, but in the United States. Originally bred for the utilitarian purpose of tenacious ratting, this muscular companion then become the fashion accessory of working-class Paris. No longer as numerous as it once was, the French Bulldog has moved up the social ladder and now resides in more affluent households.

In a variety of colors: often brindle, cream, black-masked fawn, and pied.

Alert and active, but not boisterous or barky.

Previous PostMerit
Next PostHelp at home