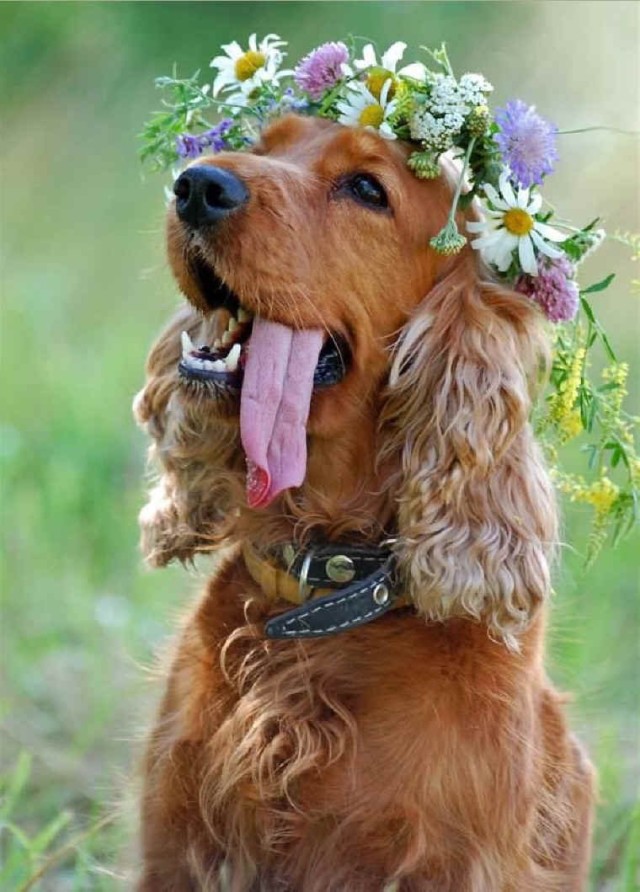 The English Cocker Spaniel is one of the oldest land Spaniels, a descendant of the original spaniels of Spain.

Spaniel type dogs have been found in art and literature for almost 500 years. Initially, spaniels in England were divided among land spaniels and water spaniels. The differentiation among the spaniels that led to the breeds that we see today did not begin until the mid-19th century when the Spaniels were divided based on size and hunting ability.

The English Cocker, a small land Spaniel, was used to hunt woodcock. Fanciers worked to differentiate the English Cocker from the American type that was gaining recognition; the two breeds were accepted as separate breeds in 1946.

Today the English Cocker Spaniel is an active Sporting dog and loyal companion.

Temperament:
Affectionate, cheerful, and devoted; sociable and likes its humans. More of a hunter than the American Cocker Spaniel and needs a bit more exercise.

Energy level:
High as a puppy, medium as matures. The English Cocker Spaniel has a cheerful nature.

Best owner:
Active, social person or family. The breed does not like being alone, and will bond strongly to an individual person in a family, usually the one who feeds it.

Needs:
With a good level of socialization at an early age, Cocker Spaniels can get along well with people, children, other dogs and other pets. Daily exercise, consistent brushing and combing, monthly clipping, special attention to eye and ear care, companionship.

Some uncommon health issues that can also have an effect on English Cocker Spaniels include canine hip dysplasia, patellar lunation, canine dilated cardiomyopathy, and heart murmurs.