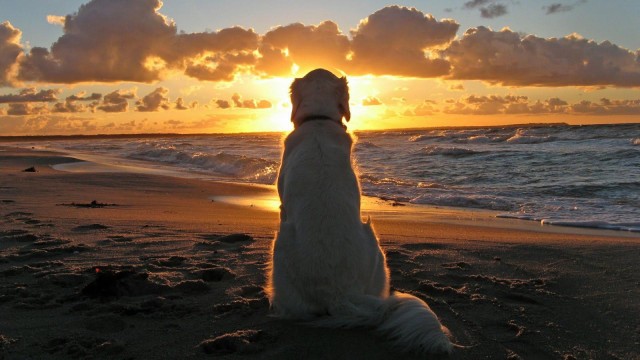 Of all animals on this planet, dogs are the closest to human beings in their emotional responses and behaviors; So, if people have souls, dogs have souls too.

Different religions have expressed varied views as to whether dogs too have souls. Some religions, such as Catholicism, have also altered their perspectives over the years.

Numerous studies in Spiritual Psychology show that dogs do have souls, and once a dog bonds to a human, its soul attached to the human’s soul and upon death, goes where the human’s soul goes.

Most dogs when they bond with a human, radiate energy from a perfectly developed solar plexus chakra, which expresses itself through the dog’s unconditional love, devotion and loyalty.

Dogs will sacrifice their lives for their beloved masters, and often die from grief if the human dies first.