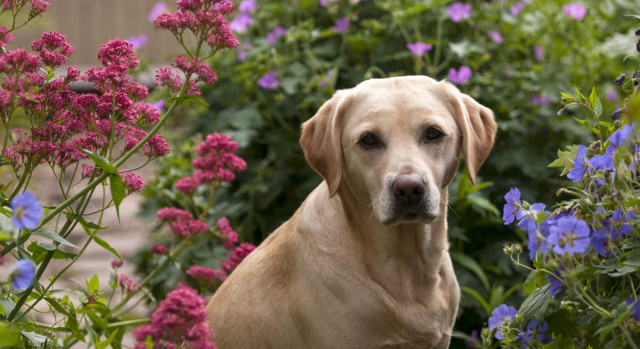 Dogs share many psychological similarities to humans, including a decline in fertility. Female dogs technically do not undergo menopause because their heat periods don’t always stop completely; they reach a menopause-like state that shares signs and symptoms with human menopause.

Female dogs have (estrus) regular heat periods during their younger years; as they are, dogs experience a significant decline in heat periods; smaller dogs reach this phase of reproduction at 8 or 9 years of age; large dogs begin their sexual decline at 6 years of age.

As a dog ages, the twice-annual estrus cycles may become irregular, but she is still fertile. Pregnancy is still a possibility, but with greater risk in an older dog. The sign of a female dog entering her menopause-like phase is a sharp decline in number of heat periods per year.

The irregularity of (estrus) heat cycles, signals a dog’s entrance into a menopause-like stage. As a female dog enters its adult years and estrus become more irregular, its uterus changes. Pregnancy in a middle-aged to senior dog is considered a higher risk than a younger dog, due to age-related conditions or diseases that may be present.

Dog Facts Do dogs have periods?

Dog Facts Do dogs need a vaccine against rabies?