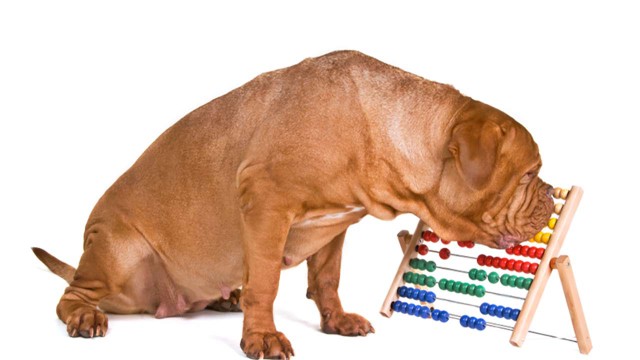 Yes, dogs have brains, and we can say that are very similar than humans’.

To compare active human and dogs brain, scientists trained pooches to lie still in a brain scanner, and have begun revealing the mysterious inner working of the dog’s brain. Like humans, dogs use certain parts of their brains to detect voices. Scientists reveals that dog brains have voice-sensitive regions and these neurological areas resemble those of humans.

The parts of the dog’s brain associated with smell show they have incredibly sensitive noses. They use a much larger portion of their brains for analyzing smells. It is presumed that dogs associate scent with memories, which is why they can be trained to sniff for bombs and drugs.

Dog’s brain is smaller than ours when compared to overall body size. Our brains have more folds, meaning more surface area; and our prefrontal cortex – where higher level processing and thoughts occur – is more developed than dog’s.

MRI studies have shown that the same sections of our brains light up when we’re exposed to various stimulations. Dogs processes fear, memories and spatial awareness in the same way as man do; scientists have also suggested that certain cognitive skills are clumped together, just like in human brains. A dog that is fast and accurate in one task has the capacity to be fast and accurate in another task.

Dogs and people, respond more strongly to the sounds made by their own species. They meet in a very similar social environment but we didn’t know before how similar the brain mechanisms are to process the social information.

Humans domesticated dogs somewhere between 18000 and 32000 years ago, and since then they have become people’s best friends, hunting partners and guards. The parallel brain sensitivity to voices and emotions may account in part for our unique bond.