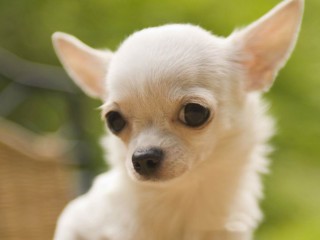 Although small and fragile, the Chihuahua is alert and bold. It is named after the Mexican state from which it was first exported to the United States.

The origins of the Chihuahua are shrouded in mystery. Experts speculate that small dogs arrived in the Americas with the Spanish armies of Hernando Cortes in 1519. Another theory is that the Chinese voyaged to America, bringing with them miniaturized dogs before the arrival of Europeans.

The Chihuahua was first exported to the United States in the 1850s.

Although much of the Chihuahua’s history is based on speculation, most believe that the tiniest of the toys descended from the Techichi, a dog ancient Aztecs used as companions and in religious ceremonies. The Chihuahua of today, both smooth- and long-coated varieties differs from the n/active dog, perhaps due to breeding with dogs introduced by New World explorers.

Thanks to its size and saucy personality, the Chihuahua is one of the most popular breeds in the U.S.

The Chihuahua is the ultimate toy lapdog. Shivering at the slightest breeze, and most content on the lap of its human companion, both the short-haired and better insulated long-haired varieties offer good humor, comfort, constancy and companionship.

They are very lively, alert, and swift dogs, with a Terrier-like sense of confidence and self-importance temperament.

Intense devotion is common. Some bark.

Their energy level are medium to high.

Best owners for Chihuahua are gentle person with time for daily companionship.

Previous PostTop 5 dogs for small apartments
Next PostWaiting for us