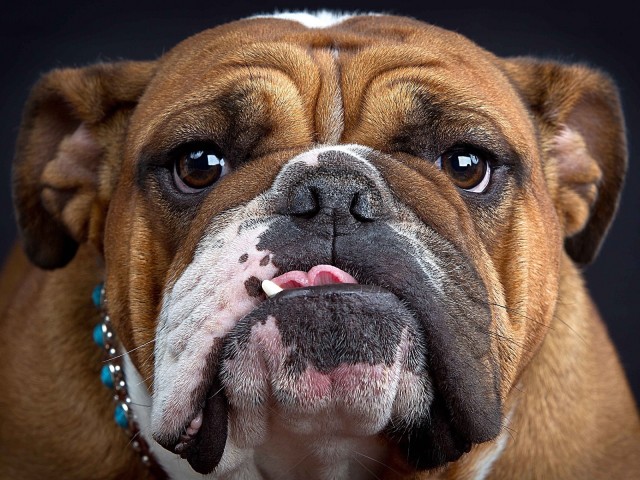 Few breeds have altered as radically in form, function and personality as the Bulldog.

The word “bulldog” was in use in the 1600s, to denote the breed that was a cross between mastiff guard dogs and tenacious terriers used in a game hunting. Bulldogs are so gentle it’s hard to imagine the life these dogs led in their early history, when bull baiting was popular. The dogs’ role was to attack the bull, grabbing it by the nose. Strong and resolute, the Bulldog was an ideal pit dog, ruthlessly hanging onto the bull, regardless of the injuries it suffered.

When the “sport” of bull baiting became illegal in Great Britain in the 1830s, this ferociously tenacious breed was in danger of extinction.
Breeders, successfully transformed the Bulldog into its present form, reducing its aggressive nature. The efforts paid off within a few generations.

Today’s gentle dog has caused a number of health problems. This is a great pity, since the breed has a delightful personality and makes an engaging companion.

Today the Bulldog’s lovable dispositions and adorable mugs make it one of the most popular breeds.

Temperament:
Kind, amiable, mellow, comical. Willing to please but can be stubborn. Forms bonds and is good with children.

Mellow family or individual best owners for the Bulldog.