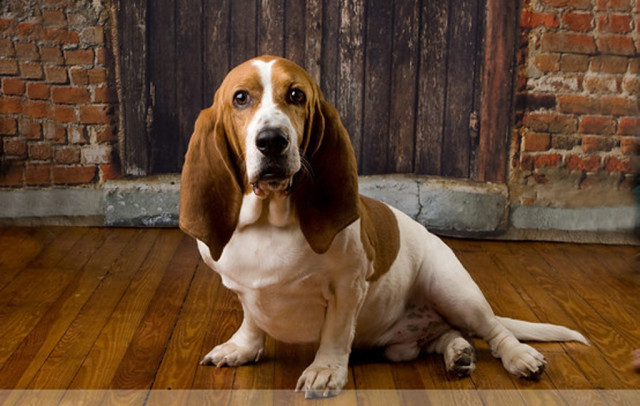 Often stubborn, but usually gentle and benign, the Basset Hound was once a superb hunting dog.

The Basset Hound may descend from “dwarfed” bloodhounds.

Developed in France as a low-legged trailer of small game, the Bassett Hound was highly popular during the reign of Napoleon. The Marquis de Lafayette brought them to the U.S. as a gift to President George Washington to use in his hunting expeditions.

In 1884, the first Basset Hound was exhibited at the Westminster Kennel Club show.

Beloved companion of many, the Basset Hound continues to prove itself in conformation, obedience, tracking, hunting, and field trials.

Although the breed originated in France, it is now popular in Great Britain and the United States.

Its pendulous ears may have been useful for picking up scent, particularly on damp mornings.

Even now, lighter boned Bassets with slightly longer field trials, but the typical pet Basset breed is the cartoonist’s and advertiser’s delight.

Temperament: Sweet, gentle, good natured; easygoing with children, other dogs, and pets. Can be stubborn and slow moving when on the trail of a scent.

Energy level: Low, but can have great stamina when hunting.

Best owner: Patient trainer who lives in a home with a backyard.