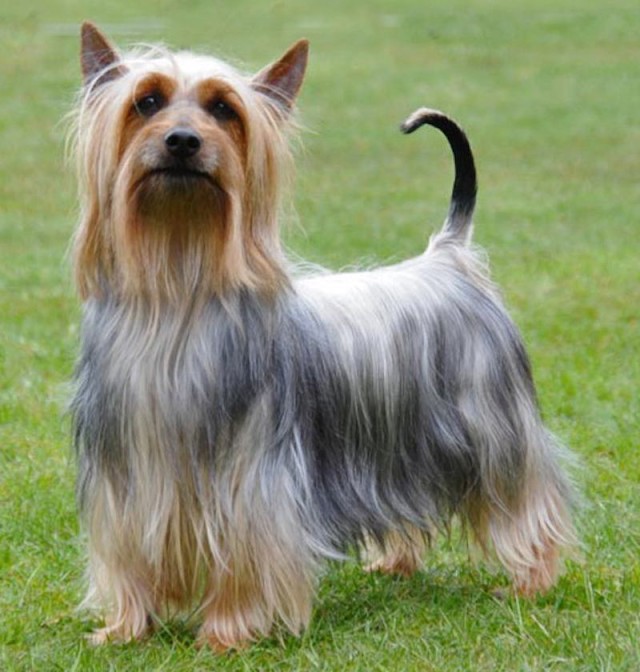 The goal was to improve the coat color of the blue-and-ten-colored Australian Terrier; Probably the Silky Terrier was primarily bred as a companion. Similar in appearance to, but larger than, the Yorkshire Terrier, the blue-and-tan Australian Silky Terrier successfully colonized the United States and Canada before arriving in Europe.

It is a robust breed, yappy like the Yorkie, and just as possessive of its own territory, announcing the presence of strangers in a shrill voice. Although small in size, the Australian Silky is capable of killing small rodents.

The Australian Silky Terrier can become an independent renegade, and early obedience training is necessary if it is to live peacefully with people; A strong-willed breed, it can be intolerant of handling and of strangers, unless it experiences both while quite young. Their coat becomes matted easily and benefits from daily brushing; They don’t have a dense undercoat, and can suffer in cold climates.

Small: 9 to 10 inches, females are generally smaller than males; 8 to 11 pounds.

Blue with tan or red markings.

Owner who give this dog the discipline.

Needs to go on daily walks; it has surprising stamina and will enjoy regular chances to run and play; they are very active indoors and will do okay without a yard if sufficiently exercised; Needs daily combing and brushing; it should be bathed regularly; the coat must be trimmed occasionally, and the hair on the legs from the knees down is often trimmed short.