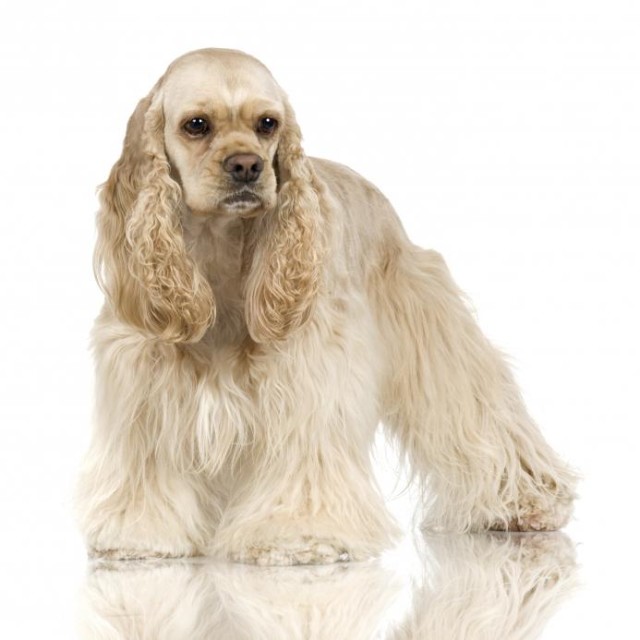 This affectionate and most popular of all American-born breeds descends from the working English Cocker Spaniel.

The word spanyell is thought to date from the late 12th century when it was used to name a type of dog imported into England from Spain, with the span part of the word referring to the country of origin.

Records from the mid-14th century show that selective breeding was already in place, with the breed being separated into two distinct types, called water spaniels and land spaniels.

By 1801, the smaller variety of land spaniel was called the Cocker or Cocking Spaniel, so named for its use in flushing woodcock.

Legend has it that the first spaniel arrived in the United States in 1620, with the Pilgrims on the Mayflower.
Originally, all spaniels were classified together, but eventually the American Cocker Spaniel was bred for desired traits.

Wanting a smaller dog for small game birds such as quail, breeders likely crossed the English Cocker and smaller dogs to produce the American version.

The two varieties were separated into two breeds in 1946. Although few hunt with the Cocker today, the breed — one of the most popular of all time — is a favorite at shows and treasured as a pet.

Its beauty and charm are appreciated throughout North, Central and South America and also in Japan.

Unfortunately, the breed suffers from a range of health problems, including epilepsy, but its generous and affable personality makes up for any physical shortcomings.

Temperament:
Merry, jovial, playful; a social dog who loves family. A true Sporting dog, but hunting instincts can be satisfied with a walk in the country. Some bark a lot.

Cockers can be easily stressed by loud noises and by rough treatment or handling.

Best owner: Loving owner with a penchant for hair care.